The pirate ship rides amusement equipment are similar to the ancient pirate boats, the pirate captain who is always ready to fight, and the sailor who looks into the distance. It is a piece of classic amusement equipment with the repeated swinging of the horizontal axis.

After the pirate ship rides start, it slowly swings slowly from the slow swing. The tourists ride on the Viking ship, and with the slow and violent repeated swing, it is like being in the sea of stormy waves, sometimes Rushing into the wave peaks, sometimes falling into the bottom, thrilling, challenging the limits of people’s psychological endurance, interesting and exciting, beautiful appearance, deeply loved by tourists.

The Dragon pirates’ boat ride is an indispensable project in the park. Fantastic opportunity to create a unique pirate-themed day.

The thrill swing ship ride is quite challenging for all the passengers. Many amusement park owners are willing to purchase an extreme thrill ride to attract customer traffic.

Henan DAMO Amusement Equipment Co., Ltd. is located in Zhengzhou, the capital of Henan Province. It was established in 1999 and has a large-scale and powerful theme park equipment production base in central China. It covers an area of more than 100 acres and has more than 200 employees.Since its establishment, it has been committed to research and development, and the production of amusement equipment with market value.

Our company’s long term developing aim is quality first, customers first. We try to provide customers with competitive prices with good quality. In DAMO, you can enjoy top service no matter before order or after purchase. Our products have a competitive price with higher quality, which is your best choice. Our factory is in Xingyang, Henan province. There are hundreds of workers and tens of designers, all of our staff welcome your visiting and field investigation.

KNOW MORE ABOUT US

The decorative FRP accessories are painted by a special-assigned person with art skills, full of imagination. As a leading pirate ship for sale manufacturer and provider in China, DAMO Group strives to offer customers higher quality and service.

Ride on the pirate ship is a favorable amusement ride item for kids and parents. If you want to buy pirate ship for sale rides or know pirate ship rides prices, you could contact DAMO Company at any time.

Ask for a quote 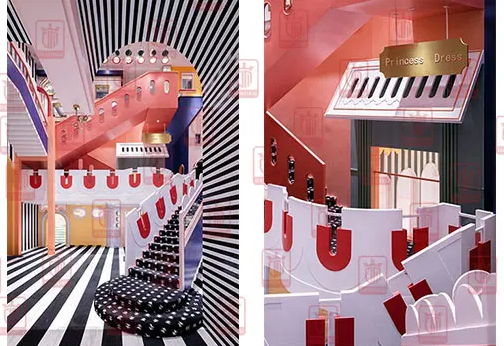 When comes to the pirate ship rides working principle, it can be explained by some important physical principles. The theory includes torque and rotation, periodic motion and the physical pendulum. The “ship” part of the ride has a center of mass that lays approximately the center of the boat. The ship swings freely from the pivot, and is driven by a roller built into the floor directly below the ship. The operator could select the clockwise torque button, the neutral button or the counter clockwise torque button to change the motion of the ship. Because the drive can only push the ship when it is in contact, the drive is only available when the ship is within 30º of its lowest position. Depending upon which drive button is selected, the drive mechanism applies a constant torque on the ship unless the ship moves out of contact with the drive roller. Thus the drive can be used to speed up or slow down the ship ride to make the periodic physical pendulum motion.

Don’t forget the ride must be brought to rest so that your riders can safely disembark.

If you have an amusement park with a pirate ship ride, it’s so important to do proper maintenance. If you have not done so in many years, you may find yourself wondering how it is holding up so well. For the sake of safety, proper maintenance must be done on a regular basis. Even though the ride does not have the capacity to cause significant accidents, accidents may still have the occur probability. That’s why you need to maintenance the amusement ride as often as possible.
Safety tips for riding on pirate ship amusement rides
The most important thing to have fun in an amusement park is safety. Unfortunately, a majority of injuries are because the guests didn’t follow the guidelines or didn’t satisfy the required health conditions. The following are safety tips for riding on pirate boat.

First manufactured by HUSS in 1978, the Pirate Ship is the largest trailer version of its type, with a swing height of 20 meters (66ft). Despite the large space requirements (23m x 13m), the ride can be racked on two 40ft trailers.

irstly, we must analyze the motion of the pirate ship. The ride starts by mechanically adding energy to the system (the ship and the riders); causing it to swing back and forth, with a larger angle each oscillation, allowing the system to reach a greater height. When you watch the video, you realize that during each oscillation, the ship seems to move the fastest at the base and the slowest at the peak, even momentarily stopping. Indeed, the speed of the ship is in fact changing constantly, and at different rates too. At the top, the ship stops for a moment, and gradually gains speed downwards, due to the pull of gravity. At the base, the ship reaches the maximum speed as it reaches the lowest point of the oscillation, and its speed will decrease thereafter due to the pull of gravity again, which slows down the ship, and it will stop when it reaches the highest point, before rushing back down again. This type of motion is the Simple Harmonic Motion.

During the dynamic return drop process, there are two points of the pendulum swing ride where people feel the most thrills: the lowest and highest points of the ride. It would generate a variety of sensations depending on different people specific position in the back-and-forth rotation, creating a different ride experience each time. As many who have had experienced this ride would know, at the top of the ride, there is a sense of weightlessness, where you can feel your heart coming out of your mouth and a terrible sensation of falling. Why is this so? At every point in time on earth, gravity pulls you down, making your weight. You can feel your weight only when something else is pushing back at you (i.e. the ground when you are standing on it) in response to your weight pushing on it (Newton’s 3rd Law). At the top of the ride, however, you are moving at the same speed (0) as the ship, and it does not ‘push’ back at you, and thus you will feel weightless, and as if the pirate ship was not there. At the lowest point of the ride, the thrill comes from the extreme speed of the ride, as every single human being feel great moving at fast speeds. The operation of the pendulum wave motion can make the tourists exciting and screaming. It is a better way to relax. This is why the large pirate ship rides loved by so many people.

Have questions or need help? Please insert your contact data let us know how we can help you!

We will be in touch with you as quickly as possible.